Delicate and extraordinary architecture, marvelous Riads, colorful markets, and incredible landscape. Your eyes will be overwhelmed by all the colors and ornaments. The cuisine combines a unique mix of sweet and hefty. On top of that, Moroccans are hospitable, open, and extroverted. This time around, we visited Fez, Chefchouen, and Meknes. We felt like we went on a journey in time and were mesmerized.

Morocco’s population is made up of Berbers and Arabs. Both contribute to the rich traditions still practiced today. Wherever we went, people proudly demonstrated their customs.

Morocco is one of the most modern Islamic countries. We have been thought that Islam practiced in Morroco differs quite a lot from the more conservative Islam. While you can not enter any mosques, there are minimal restrictions for non-Muslims. 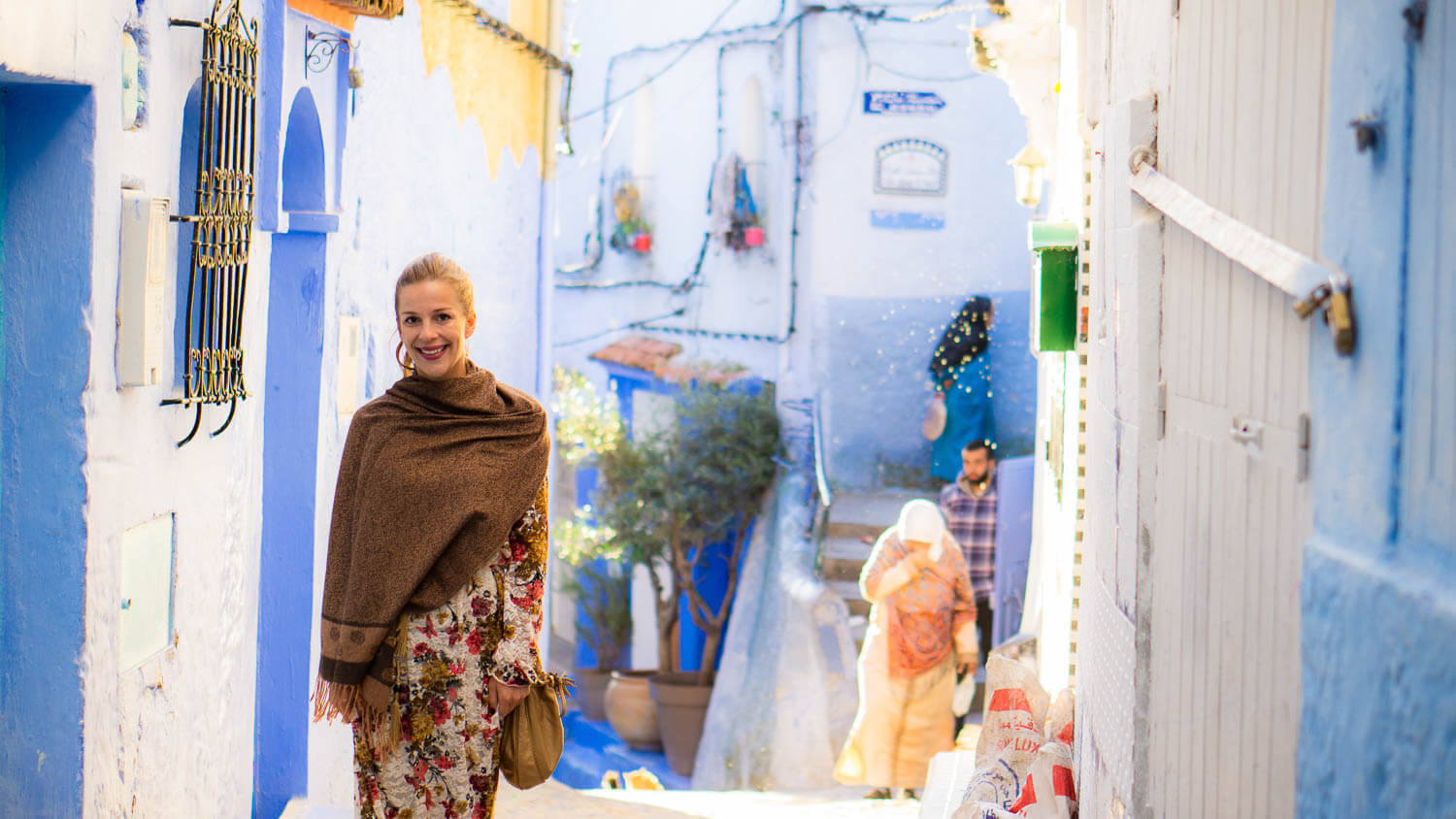 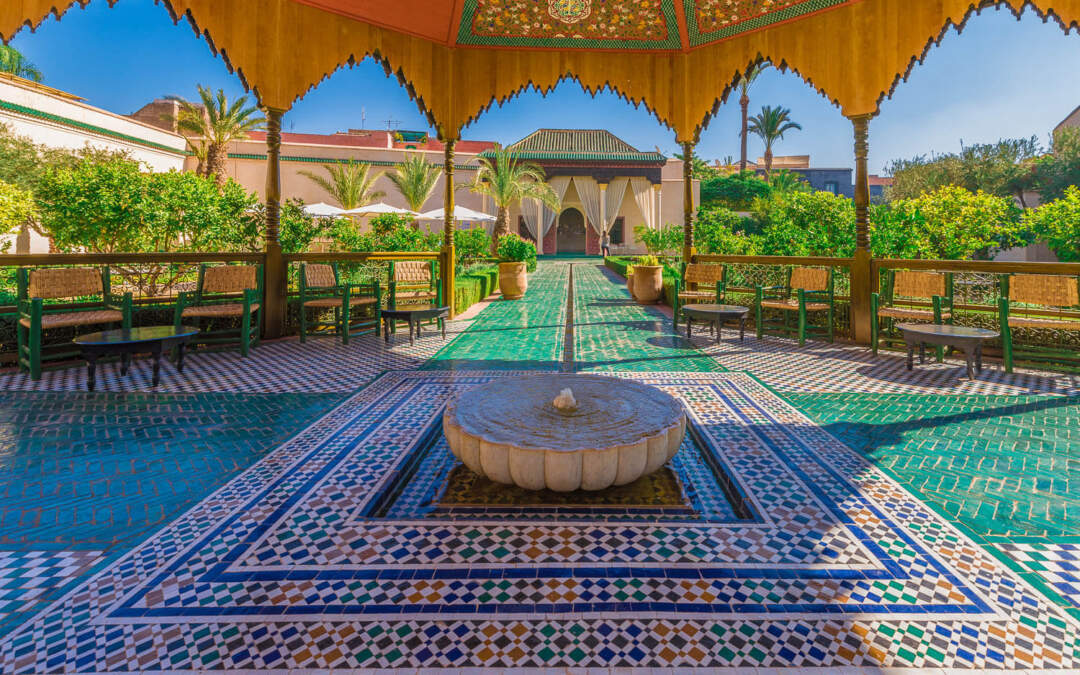 Marrakesh mesmerized me from the second we left the cab. Surrounded by "guides" eager to lead us to our Riad. Never would we have found our Riad ourselves, even though the taxi left us only about 300 m from the entrance. The unimposing door was hiding the beautifully decorated and colorful Riad. We were confronted with the incredible detail of Moroccan style. We stood there with our mouths open. Deeply impressed and taken aback by so many impressions, so much beauty.

Are you traveling to Morocco and wondering what you should bring? Check out our packing list! No worries, we have tested and extended it with the things we wish we would have brought! 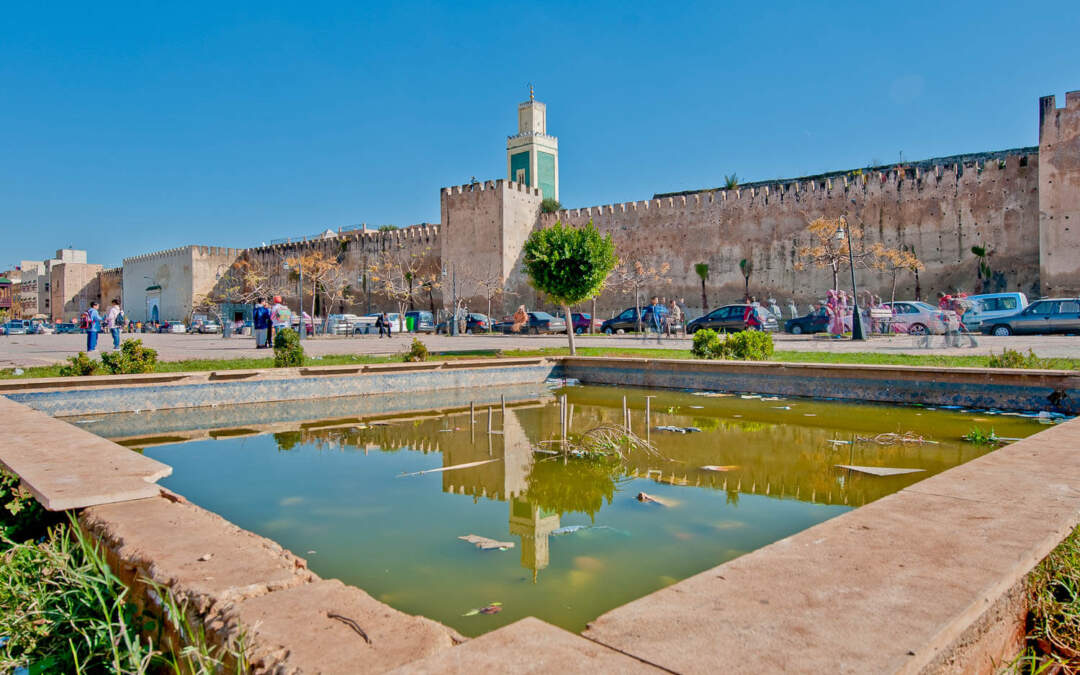 After visiting the blue medina of Chefchaouen, we were off for a more authentic experience. Meknès is not as often visited as its glamorous neighbor Fez. We really can't understand why. To us, Meknès was a fascinating city to visit. It's not as busy or big as its famous neighbor Meknes, but that only adds to its charm. 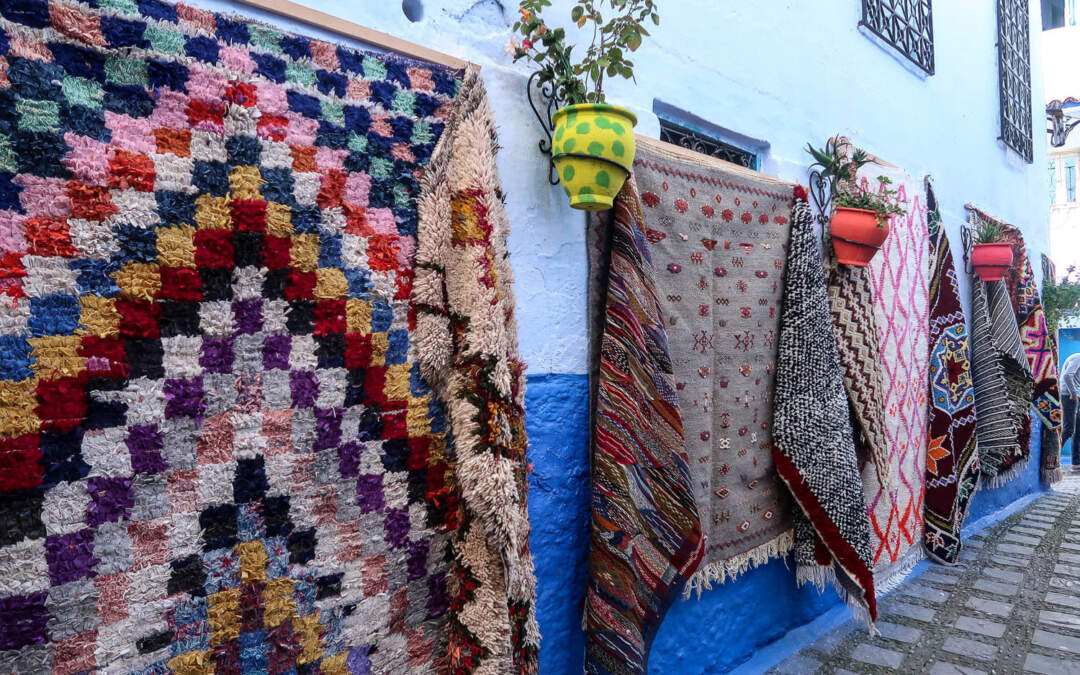 Fez has been lovely. We had a great time roaming the medina's maze. But Chefauchouen has been calling us. Many travelers have enthused by the charm of the blue city. Of course, we were eager to discover the blue town for ourselves. 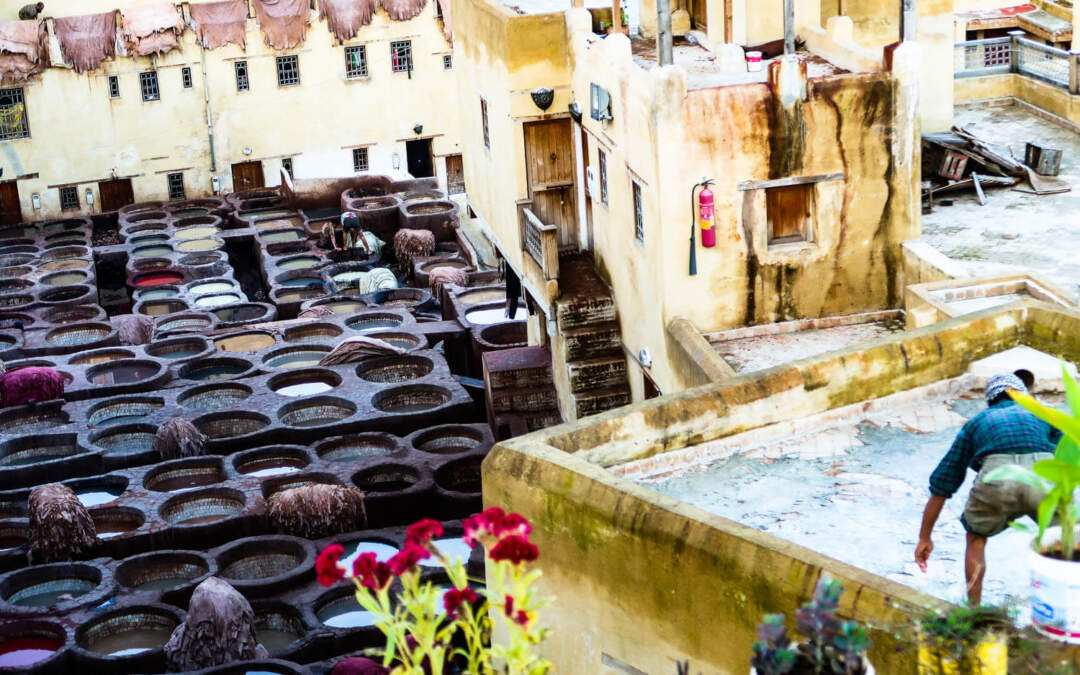 Fez's old city, the medina consists of more than 9400 alleys. Some of them more extensive, some of them so narrow you almost didn't recognise it them as a path. Moroccans are proud of their traditions and heritage. As you roam through the streets, you'll be able to watch artisans apply century old traditions. Fez, one of the four royal cities of Morocco was home to respected Imans, artists and scholars is a proud, confident city. It felt cosmopolitan and yet quaint at the same time.

As anyone who has spent time in Morocco can attest, the country’s coastline is absolutely stunning. With a diverse range of stunning beaches scattered along the Atlantic and Mediterranean coasts, you can find everything from gorgeous sun-soaked bays to rolling dunes and crystal clear lagoons. So whether you’re a dedicated water sports enthusiast or just looking for somewhere to relax on the beach with a good book, Morocco’s beaches have something for everyone. 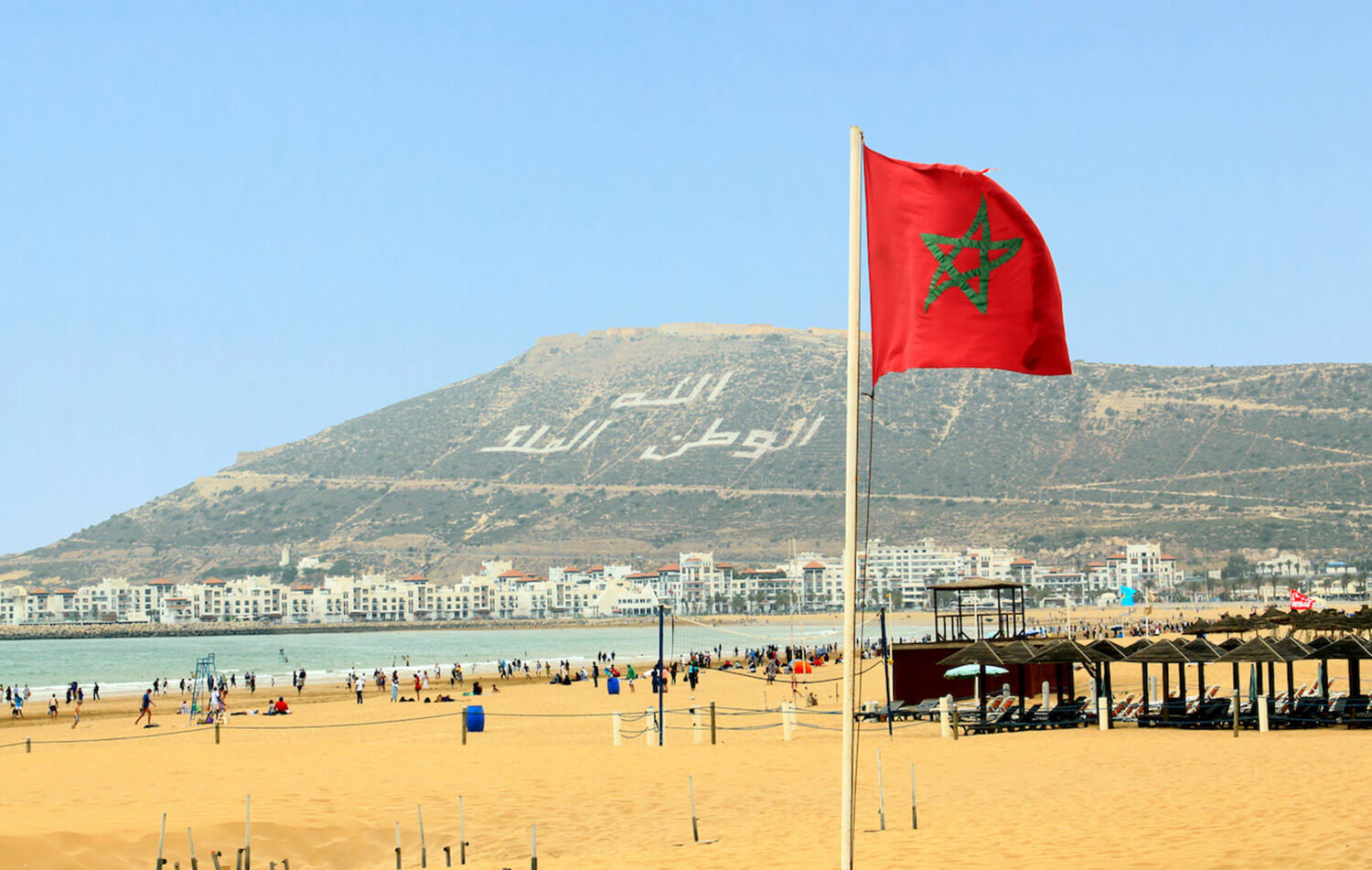 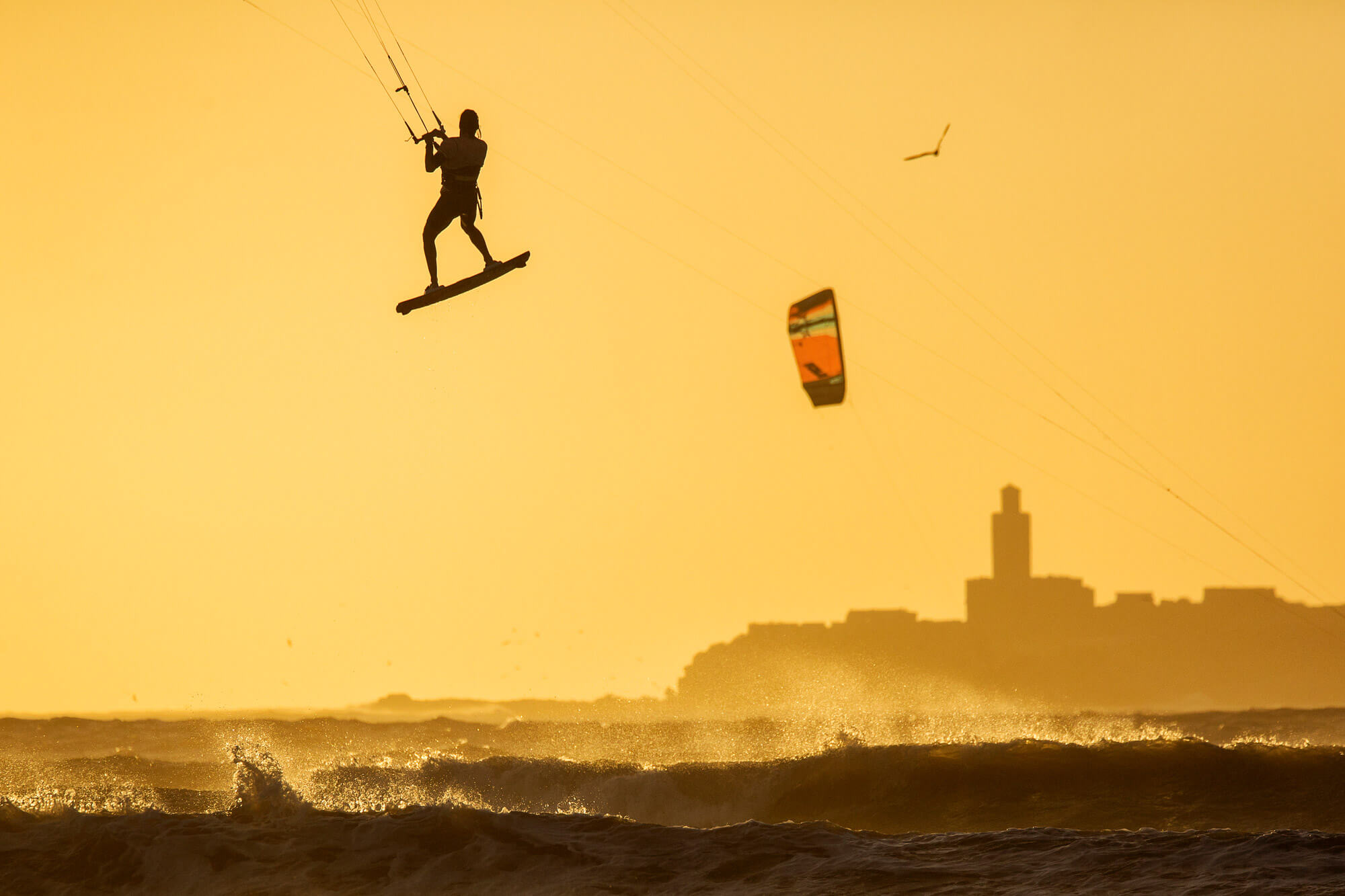 If you’re looking for an amazing winter surfing destination, you need to check out Morocco. The country has a 1,835 kilometers long coastline with great waves. Renting surfboards in Morocco is very cheap. If you feel like you need to pamper your body after a day of surfing, check out a Moroccan hammam!

A hammam is a traditional Moroccan bathhouse that offers a unique and authentic experience. If you’re looking to relax and rejuvenate, a visit to a hammam is a must-do while in Morocco. Hammams are often located within riads (traditional Moroccan houses) or hotels and have separate areas for men and women. During your visit, you’ll be treated to a steam room, exfoliation, and massage. After your hammam experience, you’ll feel like a new person – refreshed, relaxed, and ready to take on the rest of your Moroccan adventure! Visiting a hammam is my special treat, and I cannot get enough of it! 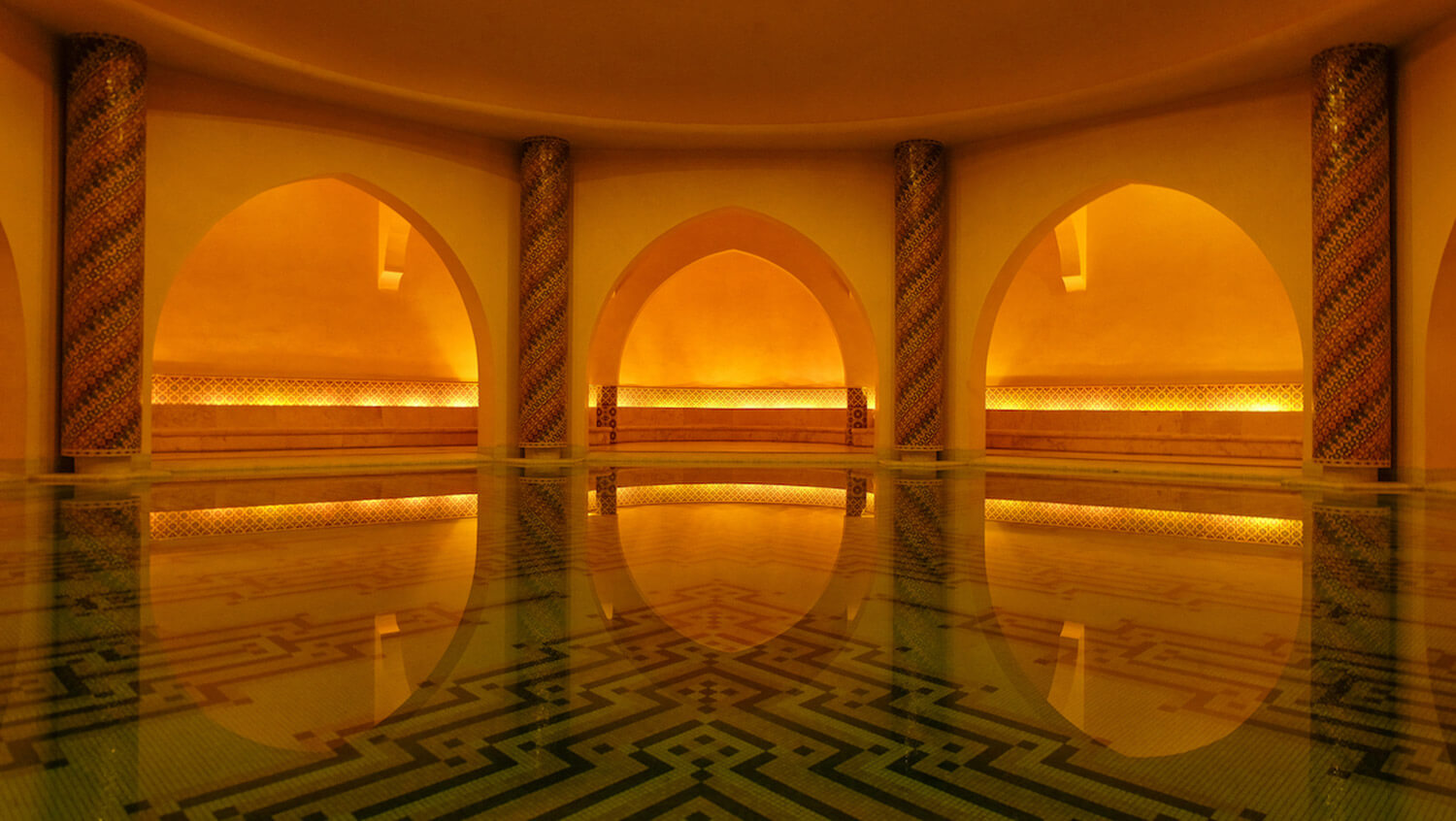 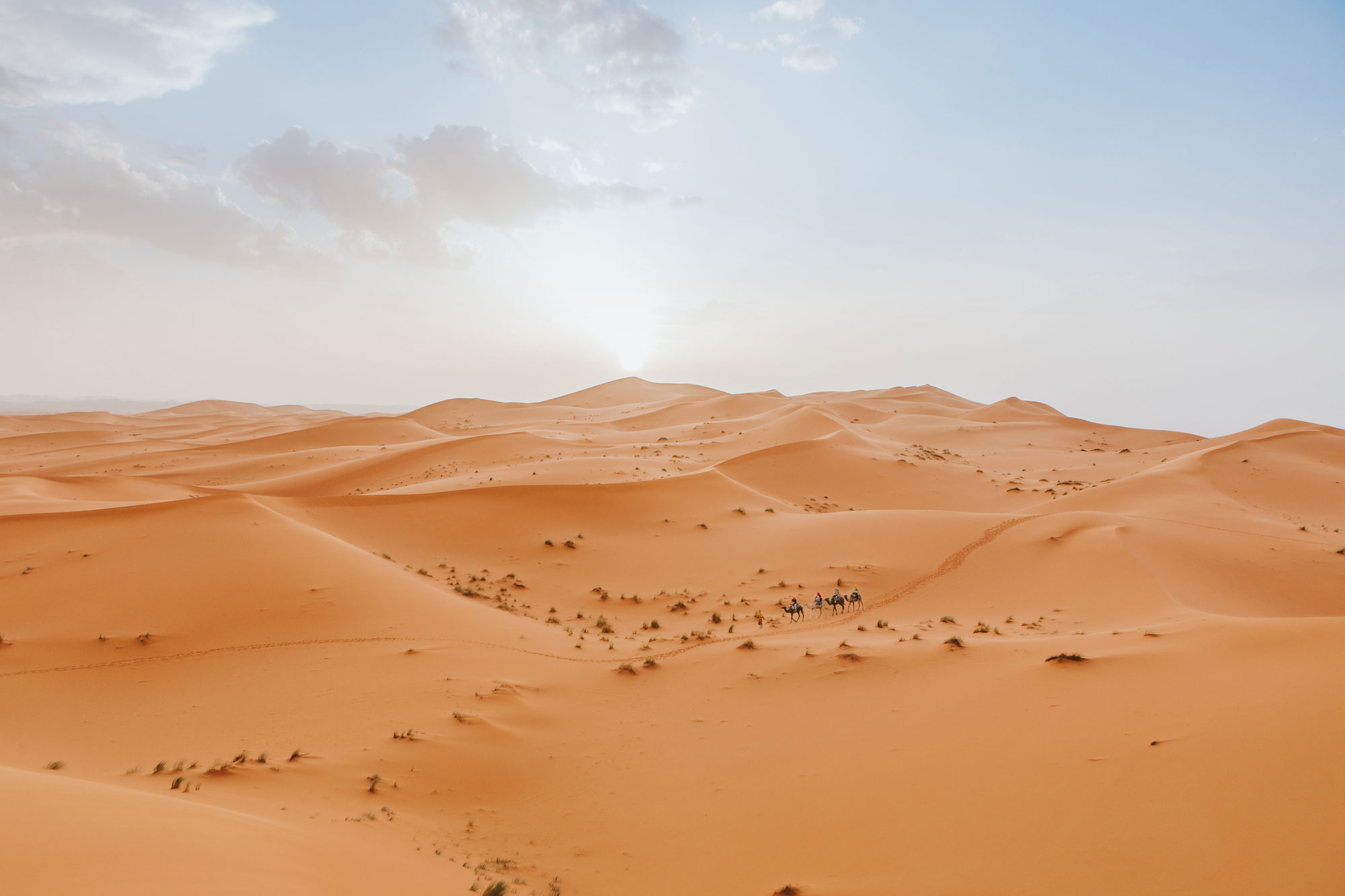 Moroccan desert – the dream of 1001 nights

Something about the Moroccan desert feels like stepping back in time. Perhaps the camel rides along the dunes, the nights spent under the stars in Bedouin tents, the villages carved into canyon walls, or the ancient kasbahs still standing as fortresses along old trading routes. Whatever the reason, a journey through Morocco’s deserts will be an unforgettable experience.

Before we get to the desert, it’s important to note that three main Atlas mountain chains punctuate Moroccan terrain: the Middle Atlas, the High Atlas, and the Anti-Atlas. The former is the northernmost, and many travelers start here, journeying from the city of Fes roughly southward. Each of these mountain ranges has its unique desert landscape worth exploring.

The Middle Atlas is home to cedar forests and alpine meadows, as well as some of Morocco’s most historic sites. In addition, this is where you’ll find ancient Roman ruins and medieval castles dotting the landscape. The Anti-Atlas is a less-visited region, but its rocky canyons and oasis villages are well worth the effort to reach. And finally, there’s the Sahara Desert itself. Stretching from the Atlantic Ocean to the Red Sea, this is the largest hot desert in the world.

In Morocco, the term medina refers to a city’s historic core. If you’re planning a trip to Morocco, add a visit to one of the country’s medinas to your itinerary. These ancient city centers are brimming with history and culture, making for a truly unique experience. Seven medinas in Morocco are World Heritage Sites, so you’ll have plenty of options. And if you’re not sure where to start, here’s a little secret tip: the Fes el-Bali medina in Fez is absolutely incredible. It’s the largest car-free urban area in the world, and it’s full of winding alleyways, colorful souks, and historical mosques. Trust us; it’s worth a visit! 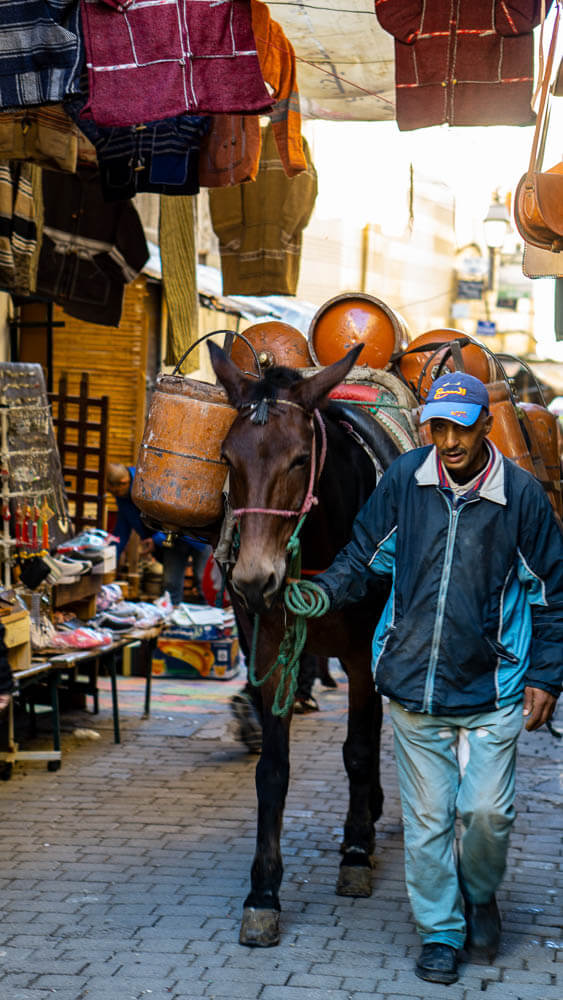 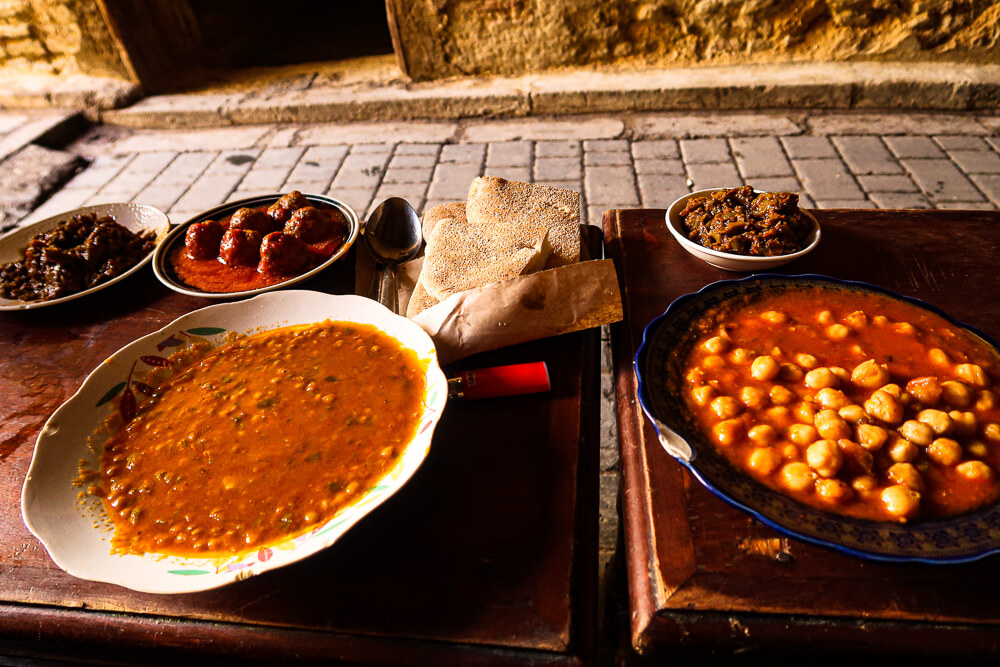 Moroccans take great pride in their cuisine, and it is no wonder why. Moroccan dishes are incredibly flavorful, thanks to the use of unique spices and herbs. The country’s cuisine is also highly diverse, with influences from both Africa and the Middle East. Whether you’re looking for a quick bite from a street vendor or a luxurious meal at a fine-dining restaurant, Morocco has something to offer. And of course, no discussion of Moroccan food would be complete without mention of the country’s famed mint tea. This refreshing beverage is served throughout the day and is the perfect way to cool down after a spicy meal. If you’re looking to experience the best that Moroccan cuisine has to offer, be sure to try some of Morocco’s iconic dishes.

Get ready to tavel Jamaica

Public Bus: The stop for buses to basically anywhere leave from any bigger city. I couldn’t find a schedule. They seem to go more frequently than the Knutsford.

Knutsford: Jamaica’s luxury bus connects more significant destinations. Be aware that the time stated refers to calculated driving time and not the actual time to reach a destination. Adding to the driving time are stops and bus switches which are not apparent when buying the ticket. Due to Covid, there are fewer buses than usual, and it is better to buy the ticket online.

The best time to travel to Jamaica is during the winter months. December through February is when the weather is the coolest and driest. However, keep in mind that prices for hotels and flights are usually higher during this time and there are lots of other visitors, too.

If you want to save money, consider traveling during the shoulder season (March-April or October-November). I love Jamaica in the low season as everything is more relaxed. The weather in October& November was excellent, with slightly more rain. In March, it was just perfect! Hurricane season lasts from June till November.

The average temperature in Jamaica is about 80 degrees Fahrenheit (27 degrees Celsius). However, it can get quite hot, especially in the summer months. June through August is when the weather is the hottest and most humid.

During my solo backpacking trip, I felt very safe. Hustling can be intense from time to time, but it is manageable. However, Jamaica has some issues, and robberies do occur. The bigger cities such as Kingston, Montego and Negril are a bit unsafer than the countryside. However, you shouldn’t have any problems if you are a somewhat seasoned traveler.

I use Digicel whenever I travel to Jamaica. The connection has proven to be the best, and it’s easy to get a recharge. In addition, I get an Airlo basic starter plan so I can easily Uber from the airport and get settled with a local Sim.

I have been drinking tap water in the bigger cities, and it was fine. However, the water quality may vary. And it’s advisable to bring your Lifestraw along.

Biggest challenges for the concious traveler

Generally speaking, responsible tourism practices are not (yet) prevalent in Jamaica. Therefore, wear eco-friendly sunscreen when visiting waterfalls and the beach. 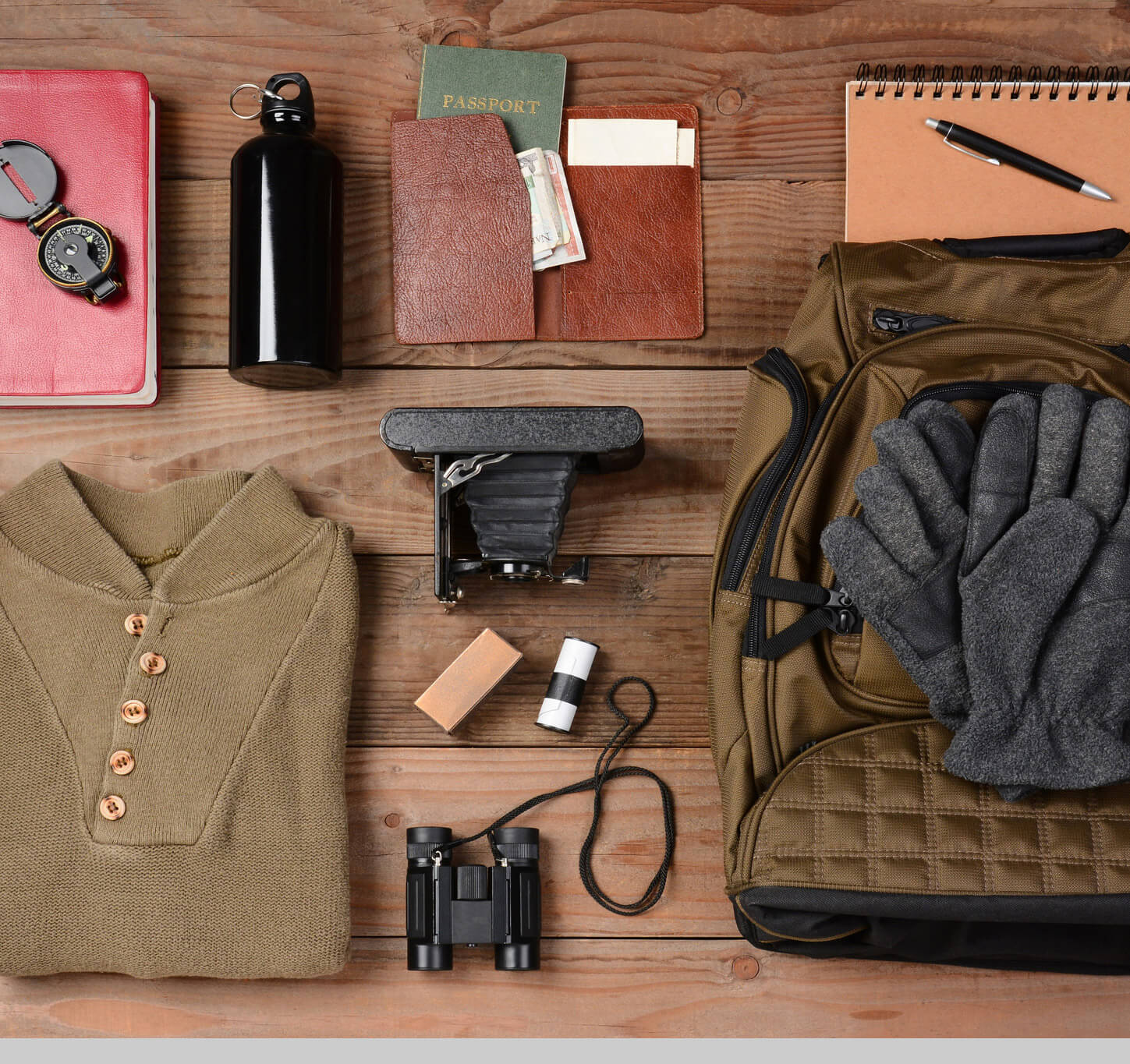 Packing for Morocco can be daunting, as the country has many landscapes and things to do. But with our packing list, you are well prepared! 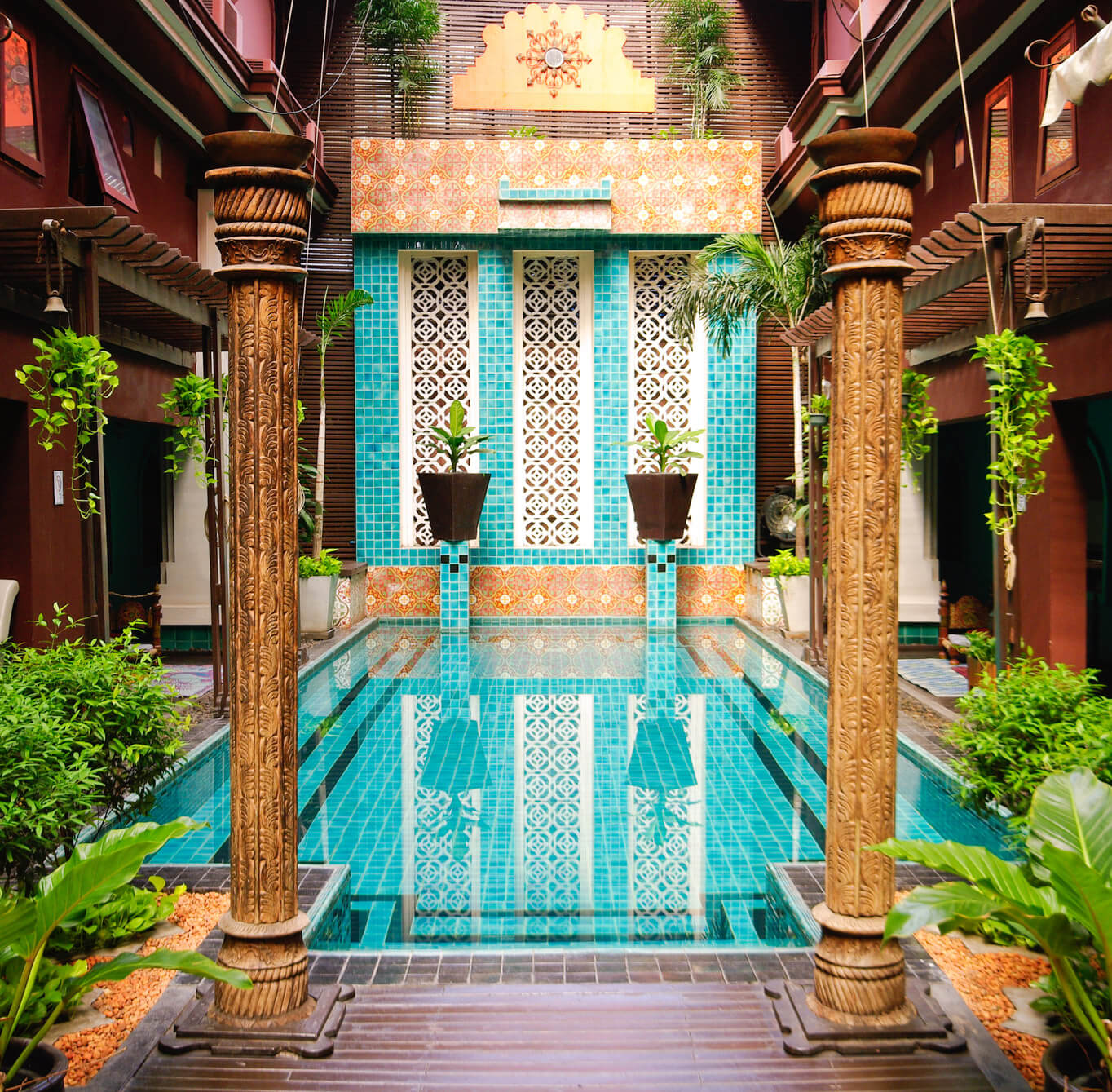 Unique places to stay in Morocco

Morocco may not be the eco-tourism capital of the world, but you’ll find outstanding locally owned riads and good eco-friendly stays.

Are you dreaming about traveling Morocco?

Places to visit in Morocco

With a rich history and diverse culture, Morocco is an endless place to explore. 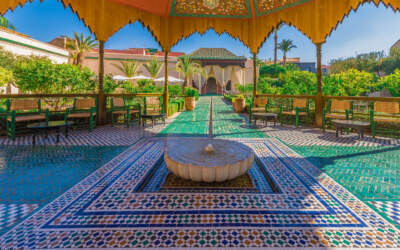 Marrakesh mesmerized me from the second we left the cab. Surrounded by “guides” eager to lead us to our Riad. Never would we have found our Riad ourselves, even though the taxi left us only about 300 m from the entrance. The unimposing door was hiding the beautifully decorated and colorful Riad. We were confronted with the incredible detail of Moroccan style. We stood there with our mouths open. Deeply impressed and taken aback by so many impressions, so much beauty.

Packing list Morocco – Things to bring to your Morocco trip

Are you traveling to Morocco and wondering what you should bring? Check out our packing list! No worries, we have tested and extended it with the things we wish we would have brought! 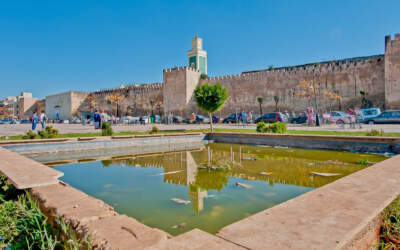 After visiting the blue medina of Chefchaouen, we were off for a more authentic experience. Meknès is not as often visited as its glamorous neighbor Fez. We really can’t understand why. To us, Meknès was a fascinating city to visit. It’s not as busy or big as its famous neighbor Meknes, but that only adds to its charm.