The most scenic border crossing

Nicaragua has been fantastic. But we have long been excited to visit El Salvador. Even though we do not mind bus rides in Central America, going by public bus from Nicaragua to El Salvador seemed like a long journey.

Of course, we were excited to learn that there is a supposedly more effortless way to get from Nicaragua to El Salvador by boat via Potosi.

How to get to El Salvador from Nicaragua by boat

Our first stop Chinandega surprised us with its liveliness and vibrant flair. Just about 2 hours outside of Léon, the city functions as a gateway to Honduras and El Salvador as well as beautiful landscapes of the northwest of Nicaragua. Chinandega may not be one of Nicaragua’s most popular travel destinations, but it startled us with its authenticity and lively market. You can visit the nearby Cosiguina Volcano National Park from Chinandega and enjoy various activities, such as hiking, biking, and horseback riding.

After strolling around the authentic town, we squeezed into the fullest chicken bus of our journey. 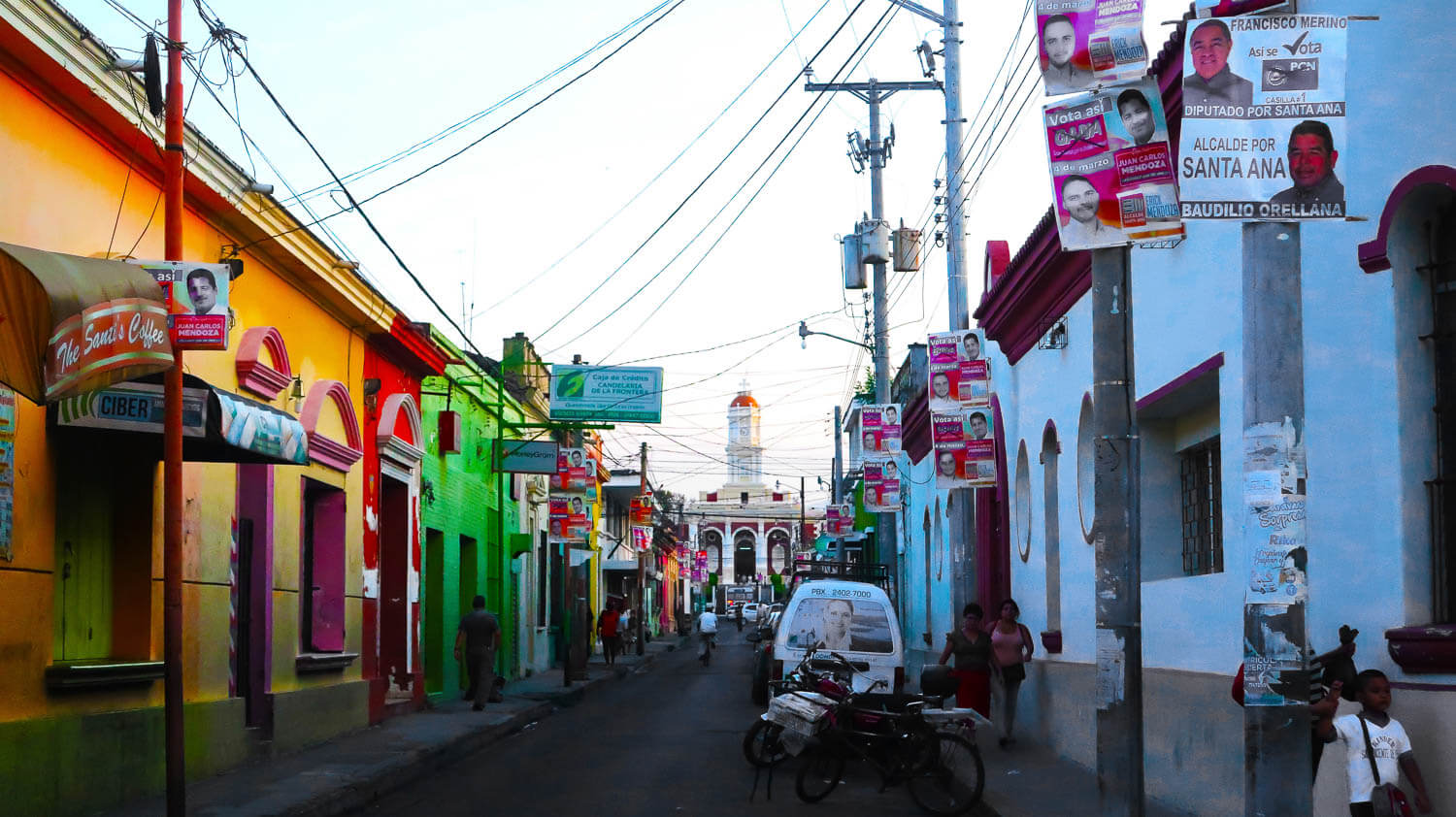 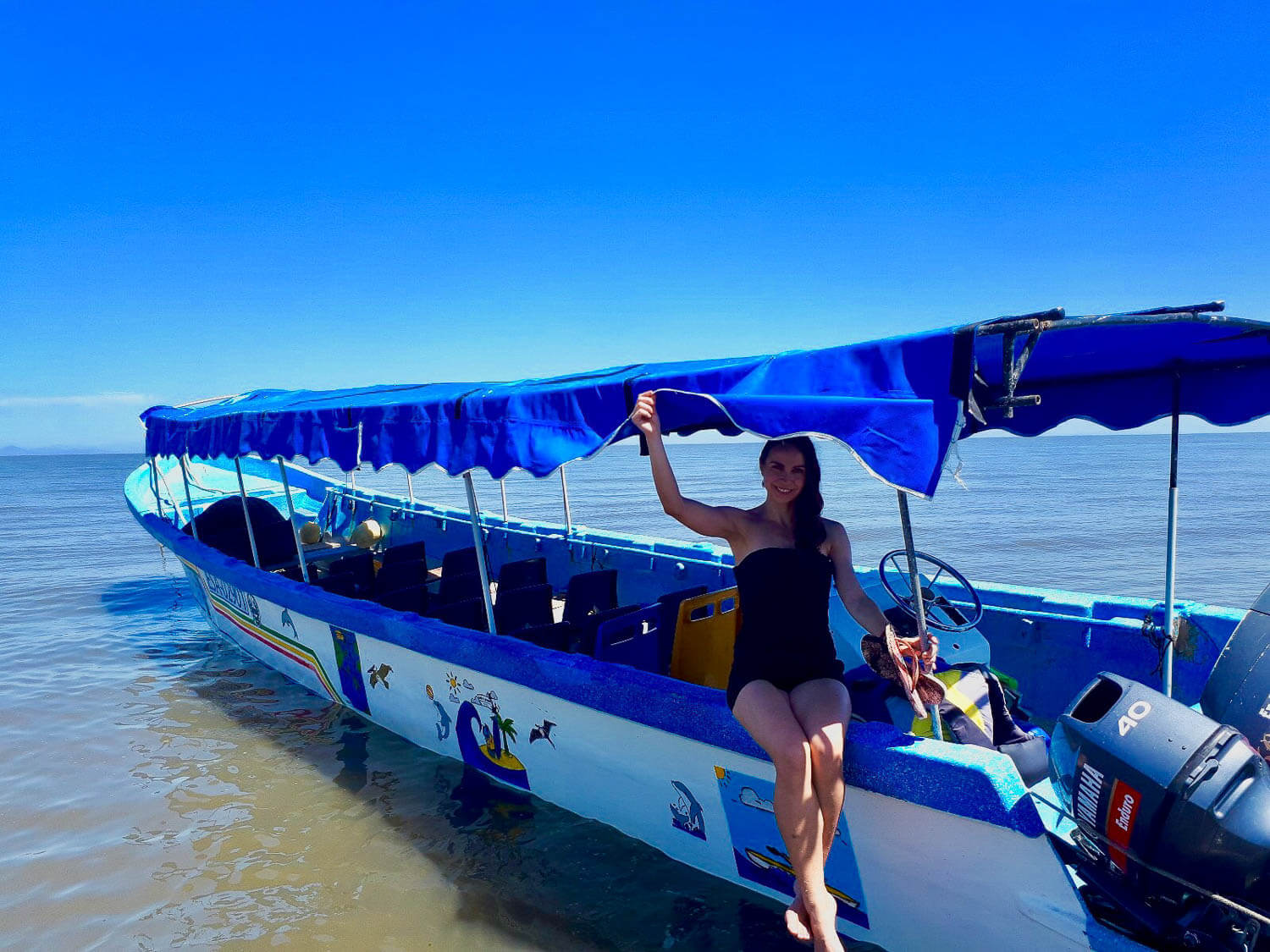 Stacked over each other, we traveled to Potosi, a small village lying at the feed of the impressive volcano Cosigüina. A relatively easy hike of 3,5 hours rewards visitors with stunning views not just of the volcanic lake, but also of the Golf de Fonseca and the neighboring countries El Salvador and Honduras.

Our host advised us to just head to the border and wait there around 10 am. So, we did what we were told. The next morning we headed to the border. Unlike other Central and South American borders, the immigration office is nestled in a tranquil and idyllic location close to the sea.

We were the only people who seemed to be leaving or coming in. After getting our immigration papers, we waited by the sea.

We didn’t mind the wait. It was an excellent opportunity to dip into the ocean for the first time during this journey.

Isla Meguera is a small island located in the Golfo de Fonseca, and even though it has almost no touristic infrastructure, it is the most visited island in the Gulf. The former Lenca settlement offers incredible views of the gulf and the neighboring islands of Conchagüita and Zacatillo.

Best (and only) places to stay on Isla Meguera 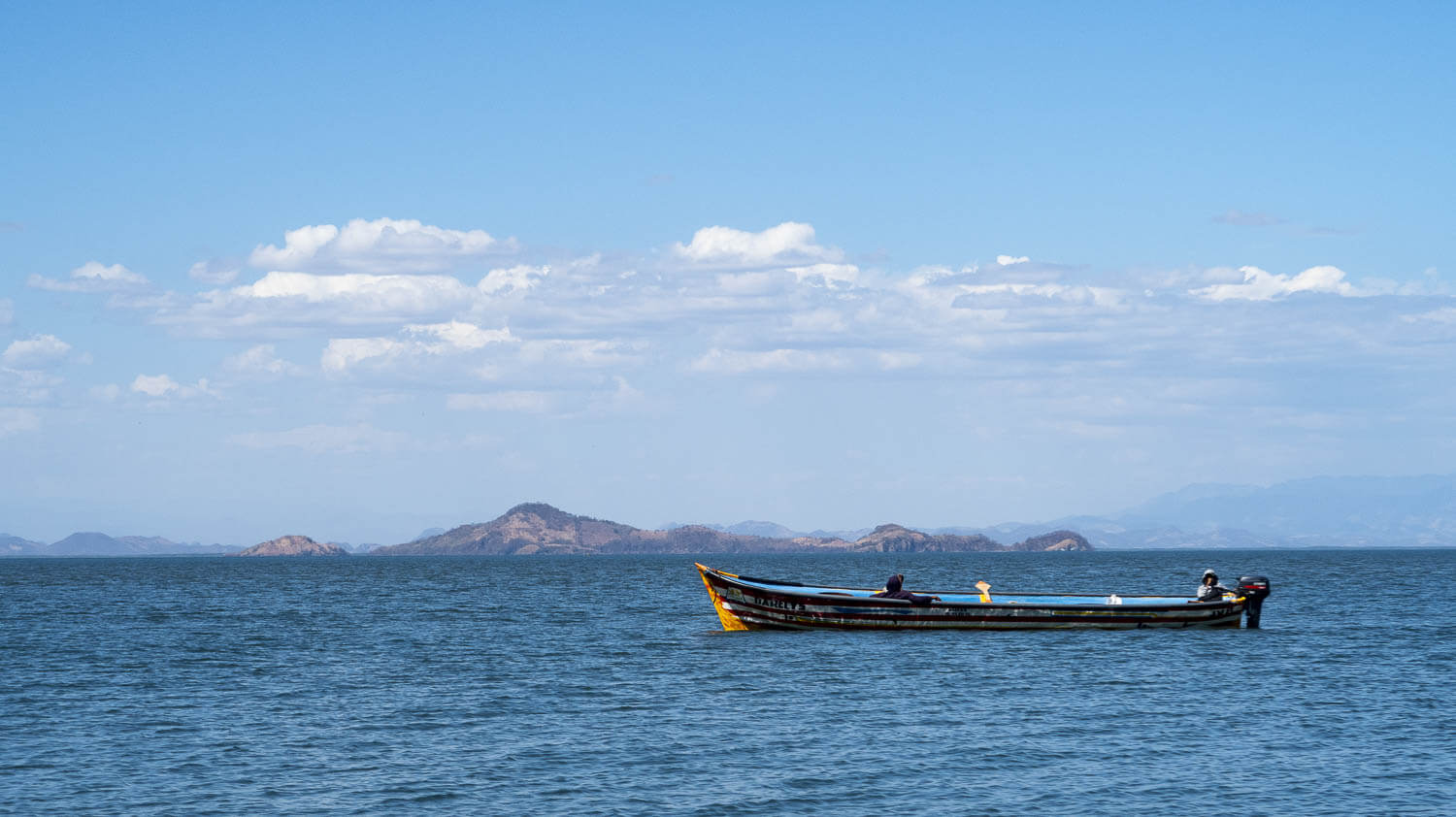 Get ready to travel El Salvador

Costs of the border crossing

After talking to several other travelers, passing via Honduras by bus is not much cheaper, takes a lot longer and lacks the beautiful and relaxing vibes of crossing borders by boat. We paid 40$ per person plus some dollars for chicken buses.  Our captains, Mario, and his father were so kind and helpful.

How long does the border crossing take?

Expecting a rough 5 hours ride to La Union, El Salvador, we were surprised by the calm sea surrounded by small volcanic islands. We were lucky: the ride took about 2,5 hours. It goes by way too quick. Add some hours for “waiting” though. The islands are worth a visit, so if you can bring some extra time

Exit and entry fees from Nicaragua to El Salvador

Nicaragua charges an exit fee of $2, so bring small bills.

Do not drink tap water in El Salvador; bring your Lifestraw instead! While water from the national water company (ANDA) is generally safe, you never know the water source the restaurant, hotels, and so on may use.

Trash: As anywhere in Latin America, a lot of street food is served in plastic or one-way containers. Make sure to bring your foldable food container with you. Don’t forget to bring your Lifestraw, too. 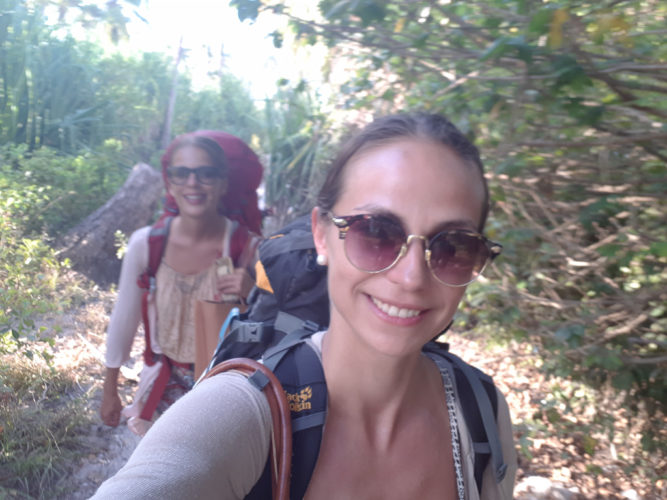 Central America is super diverse and offers plenty of things to do. Check out our packing list, get ready for an incredible adventure!

Places to visit in El Salvador

Do not skip El Salvador! It’s one of the most amazing countries to visit in Central America! 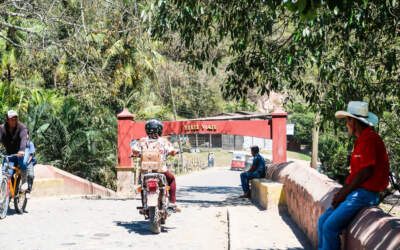 We traveled to Central America a couple of times and had the chance to see several Maya sites along the way. Each impressive in its own way. Contrary to other Maya ruins across Central America. You’ll often have Copan to yourself. The mysterious archaeological site boasts remarkable hieroglyphics and sculptures. On top of that, the town of Copan itself is drop-dead charming.

END_OF_DOCUMENT_TOKEN_TO_BE_REPLACED 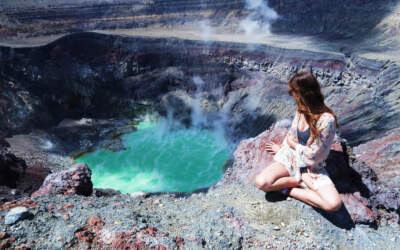 Excited for the last volcano for this journey was awaiting us tomorrow. Volcano Santa Ana’s incredibly impressive crater marks the highlight for many travelers coming to El Salvador for a good reason. We were left speechless (and breathless) when we first set our eyes on the turquoise crater lake.

END_OF_DOCUMENT_TOKEN_TO_BE_REPLACED 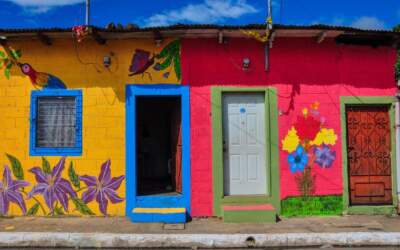 El Salvador’s Ruta de las Flores is a real gem. The 40 km winding road is seamed by the picturesque villages with excellent food markets. Outdoor enthusiasts will find plenty of things to do from discovering coffee plantations to volcano hikes and swims under stunning waterfalls.