Hector and his friends were sitting on the stairs of the famous Iglesia de Merced when we first met them. They were listening to reggaeton while chatting and enjoying some fresh tonas (local beers). Since we were eager to glimpse into the daily life of a young Nicaraguan, we sat down next to them without further ado. It didn’t take long until we found ourselves amid a lively group. As the night went on, we shared stories and beers. Time seemed to fly, so we decided to meet them the next day so they could show us “their” Granada. We were excited to get to know them and the city better. As we got to know them better, especially Hector’s story surprised us as it couldn’t be more contradictory to our first impression of him.
Hector first fell for bull riding when he was only 15 years old. Rodeo, Nicaragua’s national sport only has one goal: lasting on the wild bull for at least 8 seconds. The rules are simple, but the oughts are against the rider. Eight seconds don’t seem too long, but they take everything from the courageous rider feel like an eternity. To Hector, bull riding has long become his elixir of life. Despite seeking adrenaline and danger for fun, the young man is aiming to study business to establish a secure future. Hector is aware that every rodeo ride could easily be his last one and the fear he causes his mother. It’s difficult for him to see his mother’s worries when he leaves for the rodeo. Despite his urge and passion for bull riding, he frequently emphasizes the phrase „Gracias a dios que salimos bien“ when talking about his adventure. It translates to “Thank God, we got away”…..

We noticed those values in him from the very start. It’s basically in his DNA, and it becomes self-evident when we walked through the city, it’s in the way he talks and interacts. Hector was extremely polite gentle. He was excited to talk about his adventures but also listen respectfully and truthfully to others. On the one hand, Hector is the respectable and daring rodeo rider, on the other side, he is gentle and caring. Hector has long earned a standing among friends and family for his brave and earnest character.

What does happiness mean to him?

Happiness to him are the bonds within his family. He loves to spend time with them. They are very close and support each other in any way possible. Despite his mother’s disapproval of the rodeo riding, she encourages him unconditionally. His mother certainly wants him to stop bull riding, but instead, she cared for him when his body was pierced by a bull’s horns. This kind of support, love, and respect from his family for his choices make Hector happy.

Would Hector like to live in a different country?

Nicaragua will and shall always be his home. He sees himself living and building up a life in Granada. Before he settles, Hector wishes to live in Spain for a while. He is a huge soccer fan and wants to see his teams play live and feel the atmosphere. WE also think that soccer might be the better choice for this ambitious young man 😉

The Nicas adore their country and love to share their stories. The “Granadionos” are proud of their home city and enjoy talking forefingers on a discovery tour. Hector recommends you to actually join a free walking tour to get more profound knowledge of the historical town. He encourages visors to feel right at home. Granada is a very secure city and should be discovered without worries or fears. He urges tourists to just let go and trust his fellow Nicaraguan people.

GET TO KNOW NICARAGUA

Wally, who was born in Iraq first came to Nicaragua 11 years ago. When you first meet him, the gentle soul seems unimposing, but as so often the first perception is misleading. Wally is actually an all-or-nothing kind of person. He follows his intuition and always gives it his everything. Listening to his path in Nicaragua was impressive. He originally came to Nicaragua on vacation but was captivated by the openness of the people and ended up moving his life from Bagdad to Nicaragua.
END_OF_DOCUMENT_TOKEN_TO_BE_REPLACED
https://unique-universe.blog/wp-content/uploads/2018/04/People-of-Nicaragua-2.jpg 562 1000 UniqueUniverse https://unique-universe.blog/wp-content/uploads/2019/07/unique_universe_logo-PNG-final2.png UniqueUniverse2018-04-30 20:02:472019-08-10 18:39:17Wally - the quaint expat

Rodeo, Nicaragua’s national sport only has one goal: lasting on the wild bull for at least 8 seconds. The rules are simple, but the oughts are against the rider. Eight seconds don’t seem too long, but they take everything from the courageous rider feel like an eternity. To Hector, bull riding has long become his elixir of life.
END_OF_DOCUMENT_TOKEN_TO_BE_REPLACED
https://unique-universe.blog/wp-content/uploads/2018/04/People-of-Nicaragua-1.jpg 687 1000 UniqueUniverse https://unique-universe.blog/wp-content/uploads/2019/07/unique_universe_logo-PNG-final2.png UniqueUniverse2018-04-25 20:00:302019-08-10 18:42:13Hector - 8 seconds of adrenaline 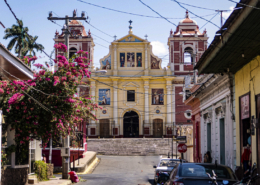 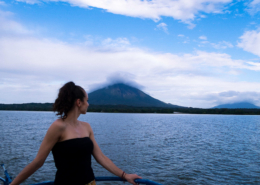 When you travel through Central and South America, there is no way around them: Empanadas! Whenever we feel nostalgic, we take out this recipe and reminisce about our time traveling. Sold in buses and on the streets this typical "fast food" is not just cheap and easy to eat to the go but comes literally millions of variations. They can be filled with all kinds of meat, seafood or with vegetables.
END_OF_DOCUMENT_TOKEN_TO_BE_REPLACED
https://unique-universe.blog/wp-content/uploads/2018/09/Empanada-recipe-food-culture-El-Salvador-1.jpg 667 1000 UniqueUniverse https://unique-universe.blog/wp-content/uploads/2019/07/unique_universe_logo-PNG-final2.png UniqueUniverse2018-09-03 20:09:252022-03-08 18:54:17Empanadas - a recipe to feed your nostalgia

We got our first taste of Ceviche in Peru. We couldn't believe that fish was supposed to be "cooked" without heat. Back then we blamed our confusion to our poor Spanish skills. We encountered ceviche once more in Chile and Colombia and learned how to prepare it. Ceviche quickly became one of our favorite travel foods.
END_OF_DOCUMENT_TOKEN_TO_BE_REPLACED
https://unique-universe.blog/wp-content/uploads/2018/05/Ceviche-2.jpg 667 1000 UniqueUniverse https://unique-universe.blog/wp-content/uploads/2019/07/unique_universe_logo-PNG-final2.png UniqueUniverse2018-05-01 20:03:312019-07-30 12:13:06Ceviche recipe - the simplest way to "cook" fish

When you travel to Nicaragua, there is no way around Gallo Pinto. It's basically the Nicaraguan national dish. The Nicas have it for breakfast, lunch, and dinner. Gallo pinto accompanies almost any dish. Don't let the name mislead you the "spotted rooster" is a 100% vegetarian dish.
END_OF_DOCUMENT_TOKEN_TO_BE_REPLACED
https://unique-universe.blog/wp-content/uploads/2018/04/Gallo-Pinto-2.jpg 848 1000 UniqueUniverse https://unique-universe.blog/wp-content/uploads/2019/07/unique_universe_logo-PNG-final2.png UniqueUniverse2018-04-26 20:00:332019-07-30 12:27:04Gallo Pinto Recipe - THE Nicaraguan dish
Granada – Nicaragua’s colonial beauty